Milo On The Move 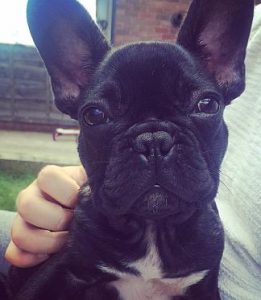 Meet Milo. He’s a sweet-natured brindle French Bulldog I’ve decided to dedicate the next decade or so of my life to! I do love a challenge… As a freelance writer and somebody who knows that a lot of people on the internet can’t resist a good post about a cute pup, I thought I could share his story and new life with the rest of the world. So how has Milo’s first week been with me? Let me talk you through the whirlwind of a ride we’ve had so far…
The Arrival. Milo came to me on September 5, 2016. I’d met him twice before on visits – instantly falling in love – before moving him into my home, but he still showed signs of nervousness and trepidation as he left the breeders he had been with since his birth. His cautiousness was to be expected. It’s hard taking a baby away from its parents and previous guardians, but I reassured myself that he was coming to a great new home where he’ll have a brilliant life.

Walking with him through the front door for the first time, he instantly made the house his own, marking his territory by piddling in front of the kitchen door and the television in the living room! He’s also not afraid of a good fart! Luckily, we were prepared with paper towels and disinfectant wipes on-hand. From there on in, he settled right down and really enjoyed getting to grips with his new toys.

Feeding. If there’s one thing we certainly haven’t struggled with when it comes to helping Milo adapt to his new surroundings, it’s feeding. He’s a dog who absolutely loves his food. Despite being a puppy, he’s on Pedigree wet adult food. We did try mixing in a bit of adult dry food with his half-a-tin portions, but it unsettled his stomach, so for now we’re going to stick with what we know and keep him on the wet, tinned adult food.

“…for now we’re going to stick with what we know and keep him on the wet, tinned adult food.”

Housebreaking. Next to crate training, housebreaking has got to be one of the hardest things to do with your dog, but involves some of the most valuable skills your pup can learn. Once done properly, your pooch will only be eliminating outside rather than on your precious carpet and in secret nooks and crannies around the house!

Milo has this week made some good progress, but just as I think he’s really got the hang of things, he’ll make a puddle inside. I have to say, other than in his crate at night, Milo hasn’t pooped inside once. He goes straight to the back door when he’s in need and people are awake, and will go and find a nice spot in the grass to do his business. Now I just need to work on his night time habits…

His First Few Nights. As I’m attempting to crate train Milo, he was put straight into his crate on his first night with us, so he would begin to realize that this was his safe place and somewhere he could go to relax. Let me be the first to say that crate training is a long and laborious process. Your pup – if they’re anything like mine – will leave their mess in and around the crate you’re using. Be prepared for endless hours of cleaning. Regardless, consistency is key when it comes to teaching animals how to behave, and so this process will continue, whether or not I like getting rid of his poop from his bed in the early hours of the morning!

Next week, I will be moving his crate from the living room into my bedroom, so that he can learn to sleep with me, but still be within his own personal boundaries and safe place. I don’t feel there’s any problem in allowing your pet to stay in your bedroom with you, so long as rules are put down immediately and followed without hesitation.

Final Thoughts. Though looking after a pet is a LOT of work (seriously, I’ve never had a child but I imagine this is what it’s like), the payoff is tremendous. He’s made me a much happier person in my everyday life. My anxiety levels are right down and while this week has had some major low points where I’ve wanted to break down and cry, I know what I signed up for, and I couldn’t be more excited to see where this journey goes next. 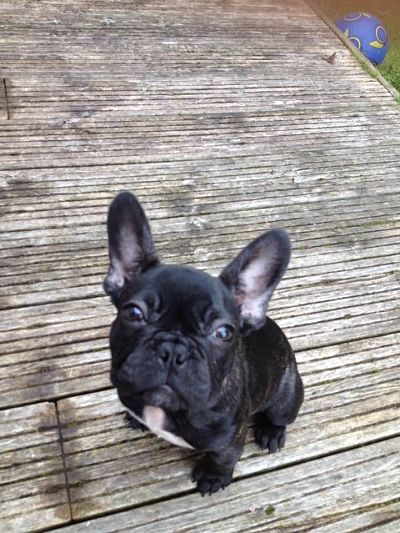 If you enjoyed this post, you should read “Henry-A Personal Story” here.