August 15, 2016 | We Care | Story by Erica Law
I got Henry from a pet store just over 9 years ago. He had been there for 4 weeks and their normal turnaround for puppies was just a few days. By the time I got him, he had been discounted three times. It was likely because he was an abnormally large Papillion, currently weighing in at 18 pounds.
Henry was a sweet, but sassy puppy. He had separation anxiety early on, was difficult to potty train, and ran outside any chance he got. He also made it known when he wanted to be left alone. A growl would say “don’t pet me right now,” but it was easy to ignore because he was small and cute. His big ears and fluffy tail made it so that everyone quickly forgave him even when he acted out. I even began taking him to nursing homes to visitor residents. He jumped into bed with residents and also got into every trashcan he could.

But things started changing when I moved to San Francisco. He didn’t like when we ate outside and strangers would approach him. He was wary with house guests. A few roommates later (change is stressful for pups) and he was getting to be an aggressive dog. It became apparent that he needed intervention after he bit a roommate’s shirt one night. He had already been dismissed by his dog walker after he lunged at him one day. I made an emergency appointment with Dr. Berger at the SF Humane Society and he was evaluated. She was supportive and understanding and we talked about many options, including rehoming him. We decided on Prozac and lots of behavioral training.

“We decided on Prozac and lots of behavioral training.”

It was not an easy process. It was financially expensive as well as emotionally draining on me, my partner, and my roommates. I stopped feeding Henry at regular mealtimes and all his food was used as rewards for good behavior. We set up baby gates. I got a sign for his leash that said “Do Not Pet” after one too many growling and lunging encounters with strangers on the street. Slowly my roommates learned how to work with him and the warning signs for when he was getting really anxious (eyes bulge, ears go back).

I wish I could say that this story has a happy ending but it doesn’t. Not really. It’s almost 2 years later and Henry is still on Prozac and I can’t imagine taking him off of it at this point. I keep a note on our front door warning guests to not pet the “small, fluffy dog.” I can no longer take him to restaurants to eat outdoors. On occasion, he will still growl and lunge at my partner or anyone entering my room. But I have found a dog boarder that loves him and I have found some humor in the situation. I chose him to be part of my family and I am committed to keeping him. 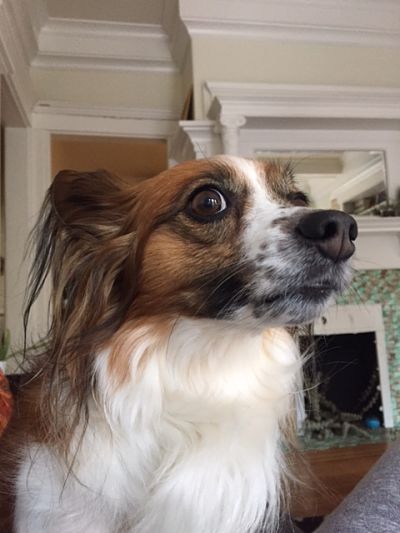 Have you had a similar situation with your pup? (I know I have) We’d love to hear from you! Comment below: 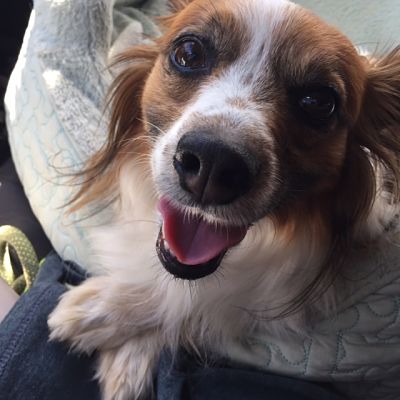 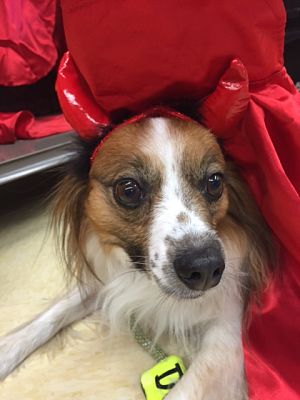 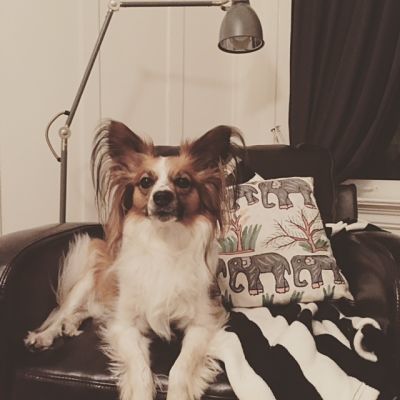 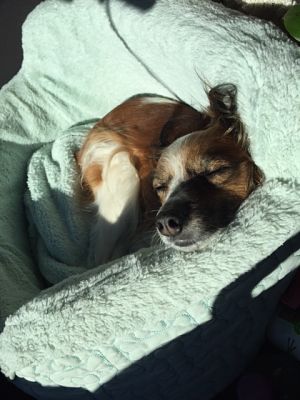