How Do Dogs Find Their Way Home?

Scientists and civilians alike marvel at the exceptional skills birds, wild land animals and fish have of navigating long distances.  Most migrate either for breeding reasons or due to environmental change, and for a long time, science has worked to explain the process and cues involved in the massive animal movements experienced in different parts of the world annually.  Recently, researchers have been working to understand this capability in domesticated animals.

Animals use sensory systems in their brains in order to successfully travel long distances. Desert ants for instance, make use of the environmental olfactory cues and odor plumes – clouds of scent that are normally dispersed by the wind. The moving scents help them to navigate close to food sources and back into their nests. Honey bees on the other hand, rely on their memory, and have very clear and detailed recall of the route paths to feeding sites when they detect scents from that given particular location. Birds use magnetic positional information of the sun and stars for travelling.  Other creatures use seismic vibrations, vibrations of prey captures, and infrasound when navigating.

Some dogs have shown amazing skills and travelling abilities without the use of  any of the things that we human depend entirely on when travelling. Take, for instance, the story Pero the sheepdog. Pero managed to travel back to his original home from Cockermouth in Cambria to near Aberystwyth on the coast of Mid Wales. The four year old sheepdog was able to cover an astounding 240 miles in 2 weeks. His microchip later confirmed that indeed, the dog had been able to successfully find its way back home.

While we take for granted a wild animal’s ability to migrate and roam and cover large areas, stories like Pero’s seem to illustrate the special relationship and bond that some domesticated animals have with their owners. It looks like something magical!  Many have wondered about the scientific explanation behind journeys like Pero’s… how was it possible?

“Some dogs have shown amazing skills and travelling abilities without the use of  any of the things that we human depend entirely on when travelling.”

Dogs are believed to use a complex integration of both external and internal systems and signals. When dogs experience positive interaction with places and people they desire to return there. Certainly then, emotional bond between dogs and their owners plays large part in what drives a dog to return home, and they seem to rely primarily on their extraordinary olfactory ability to do so.  Dogs have something like 300 million olfactory receptors in their noses, compared to the six million that people have. Dogs are able to focus on one particular scent and follow it, and scientists are only now beginning to understand how they do this over long distances without distraction. They explain that dogs extend their range of scents-as-guides is by traveling through overlapping circles of scents… moving closer and closer to their final destination by picking up familiar odors, one after the next, until they reach home.

Recent studies show that dogs and some primates also possess a molecule that is highly associated with magneto reception – the ability to sense a magnetic field.  It is possible that some species, like dogs, use this molecule to hone into magnetic fields in order to identify and find desired locations.  Magneto reception has been detected in several organisms, but scientists have been unable to come up with a solid explanation as how different animals use this molecule.

Will your dog find his way back to you like Pero found his owners?  Maybe!  Until more is known though, your dog is still at risk for getting lost.  So be sure to always keep your dog on a leash, and have him or her microchipped for an added layer of security. 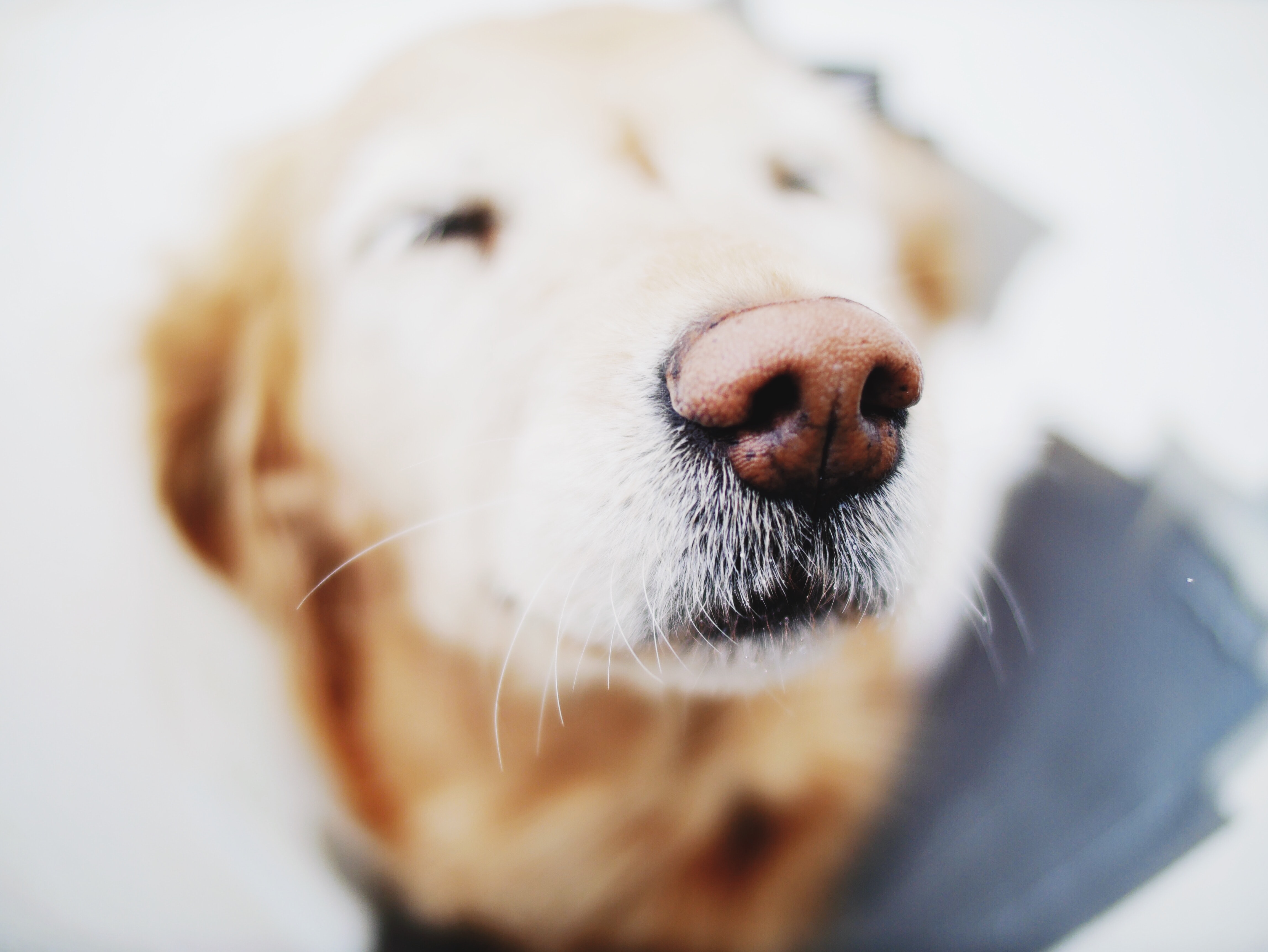 Photo by Patrick Tomasso on Unsplash

If you enjoyed this post, you should read Appreciating the Dog You Have here.

Would your dog be able to find his way back to you?