Understanding The Pillars Of Operant Conditioning

August 16, 2017 | We Learn | Tips from Marie Aymard
There is a lot of buzz around the various types of dog training available. From purely positive to compulsive training, every trainer has their theories on what method is the most successful (for the broadest range of dogs). Ultimately though, all theories are based off of interpretations and study on dog behavior and how they learn.
Much of this stems from the quadrants of dog training, or operant conditioning. Operant conditioning, by definition, is the process of shaping behaviors using consequences, and incorporates the concepts of positive reinforcement, negative reinforcement, positive punishment, and negative punishment. Keep in mind, that ‘positive’ and ‘negative’ refer specifically to addition and subtraction, not good or bad. Reinforcers help to increase the likelihood of a behavior occurring, and punishers decrease the occurrence of the behavior.

Positive reinforcement is the notion that you can increase the occurrence of a behavior by providing a consequence that is perceived as rewarding. Please note, the use of the word ‘consequence’ does not have a negative connotation, it simply is the result of an action. Simply enough, if you ask your dog to sit, and he receives a treat for sitting, he will continue to offer this behavior more frequently, anticipating the desirable consequence.

Negative reinforcement is another way to increase the occurrence of a desired behavior. Utilizing something unpleasant, the unpleasant stimulus is issued until the behavior is performed, and then the unpleasant stimulus is removed. Remember, that negative in these contexts doesn’t mean bad. A very classic example of this is the idea of yielding to leash pressure to help teach loose leash walking. You apply constant pressure on the leash, which is uncomfortable, and when the dog moves closer to the handler and the pressure goes away and a reward is given.

Positive punishment is used to decrease an undesirable behavior through the addition of something unpleasant after the behavior. A bark collar is a great example of this – when the dog barks, which is generally an undesirable behavior, a stimulus is issued from the collar which tells the dog to stop barking. Again, remember that positive is the addition of something, so adding an aversive is what defines this concept.

“Again, remember that positive is the addition of something, so adding an aversive is what defines this concept.”

The fourth quadrant is negative punishment, where you decrease the occurrence of a behavior by removing something pleasant after a behavior is completed. Take a dog jumping up on people – often times it is because they want attention. If a dog jumps up on you, and you turn your back or walk away, you are removing the desired attention in the hopes that you will decrease the jumping up behavior in the future.

This is a very streamlined discussion of these quadrants of operant conditioning, but they are paramount to understanding how you can use various ways to communicate expectations to a dog, and reinforce behaviors that we are trying to increase or decrease with our dogs. Keep in mind that every interaction you have with your dog helps to communicate our expectations and reinforces something, so even when you are not training, pay attention to your response to behavior, because you may be reinforcing behavior with your dog without even realizing it! 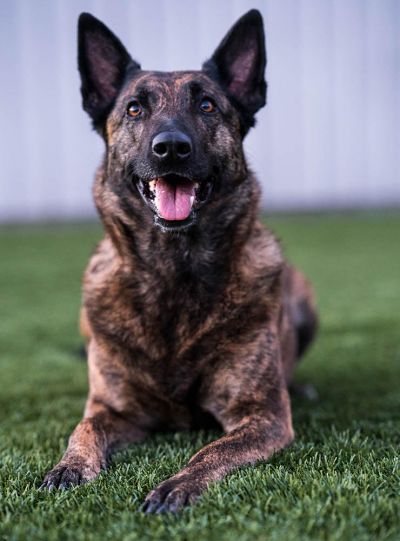 If you enjoyed this post, you should read Safe Boating For Dogs And Owners here.

What are your thoughts on Operant Conditioning? Share below!

Join us every Wednesday for more tips from Marie-and learn more on our About page.