The Two Things I learned About My Local Shelter

February 22, 2017 | We Learn | Tips from Cathy E.
If you’re like me and you have a less-than-progressive animal shelter nearby, chances are you’ll do anything to avoid setting foot in the place. Especially if it’s a kill shelter. No matter what terms they may use—euthanize, put down, PTS (put to sleep)—the staff destroys dogs, cats and other pets simply because they’re deemed un-adoptable. Almost nothing makes an animal lover more upset.
Believe me, I’m with you on this. Even so, the more I learned about the local “pound,” the more sympathy I felt. Here are some things that led me to forgive instead of rant and rave—mostly.

I figured out what being a kill or a no-kill shelter can really mean. Many animal shelters that aren’t no-kill are municipal or county shelters. They are mandated to accept animals surrendered by the public. This means when they’re full and a dog comes in the door, the dog that has been there the longest, or perhaps the dog least likely to be adopted, has to be killed to make space. In the case of my shelter, there was nothing the staff could do about it.

Furthermore, although most of us admire no-kill shelters, the ones to cheer loudly for are those that operate where pet overpopulation isn’t much of an issue. That kind of no-kill shelter is rarer than it should be. Many who say they are no-kill may not euthanize for space, but they may turn away animals when they’re full, or animals they don’t want.

“Many who say they are no-kill may not euthanize for space, but they may turn away animals when they’re full, or animals they don’t want.”

I understood better what it’s like to work in a shelter. Being a shelter employee can be physically demanding, and it’s emotionally draining as well. Almost all will tell you that working with the public is so much worse than caring for the animals. You can imagine the horror stories these people occasionally encounter about abuse and neglect. Almost daily, they’re faced with hearing “I’m moving and I can’t take her,” or “He’s getting older and I can’t afford his care.” Imagine how difficult it must be to see pets handed over the counter day after day, knowing what their fate may be.

This is where you can lend a hand. Yes, even if you really can’t set foot inside a shelter, there may be things you can do to help. Consider the following:

If it seems daunting to figure out a plan yourself, it’s very possible your local shelter has a volunteer group attached to it—people who walk dogs, socialize cats, hold adoption events and so on. You might contact one of the leaders and see how you could assist. 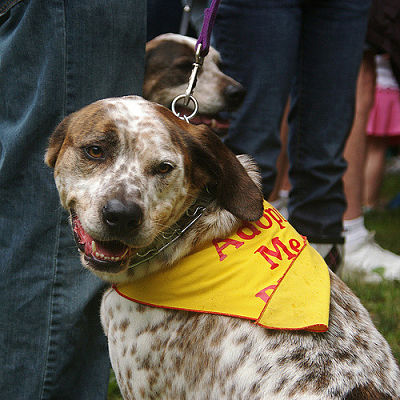 If you enjoyed this post, you should read “Building Motivation” here.