The Day I Joined the Bark Side: A Dog Toy Review

I have a black lab that, like many dogs, absolutely loves toys. Sometimes too much! For the longest time, we had quite the turnover rate of new dog toys coming in and absolutely destroyed toys going out. It’s not that she’s destructive, but she certainly plays rough, and that means it took us a while to find something that lasts a little longer.

We’ve checked out a number of different toys and brands, but one stuck out from the rest, the BARK brand.

One day, we saw BARK’s hammerhead shark toy for dogs (Hammerin’ Hank the Shark, to be exact) while browsing Target’s website. It looked cute and we figured our canine friend would appreciate a little surprise.

For starters, this toy has four squeakers. And the rope that holds the eyes together is perfect for a round of tug-of-war. Right off the bat, my dog was all about this thing. She’s absolutely thrilled when it comes to any toy that squeaks. She immediately took to trying to wrest the shark from my hand via the rope, too.

To me, the funniest part about this toy was that it’s the first time I’ve ever seen my dog thrash one around. It was very entertaining to watch. As it turns out, a dog thrashing a toy imitates hunting. So not only was this squeaky shark a blast to play with, but it was satisfying something instinctual in her brain.

“Right off the bat, my dog was all about this thing. She’s absolutely thrilled when it comes to any toy that squeaks.”

Several weeks later, another player entered the game. This one goes by the name of Shifty Sid the Squid. Sid’s got a large squeaker, and eight incredibly crinkly legs that are apparently a heck of a lot of fun to chew on. And of course, this toy was also deemed exceptionally thrash-worthy by our pup, which I’m now taking as the ultimate sign of approval when it comes to toys.

Up next was Sting Crosby The Ray, rocking a large squeaker, a rope, and a whole lot of crinkly sounds. Another instant hit. As BARK mentions in the product description, “What moray could a pup want?!”

BARK is also exceptionally punny both with their product titles and descriptions, for which I’m giving them bonus points. If for no other reason, it’s worth perusing their inventory just to appreciate whoever’s handling the copywriting.

They’ve got tons of toys ranging from the plush squeaker toys to dense, natural rubber that’s great for chomping on, and more. All in all, the toys I’ve purchased so far have held up fairly well and I feel like my dog got a lot out of them. I’m already looking for the next one…Perhaps the Llamaste Yoga Teacher! 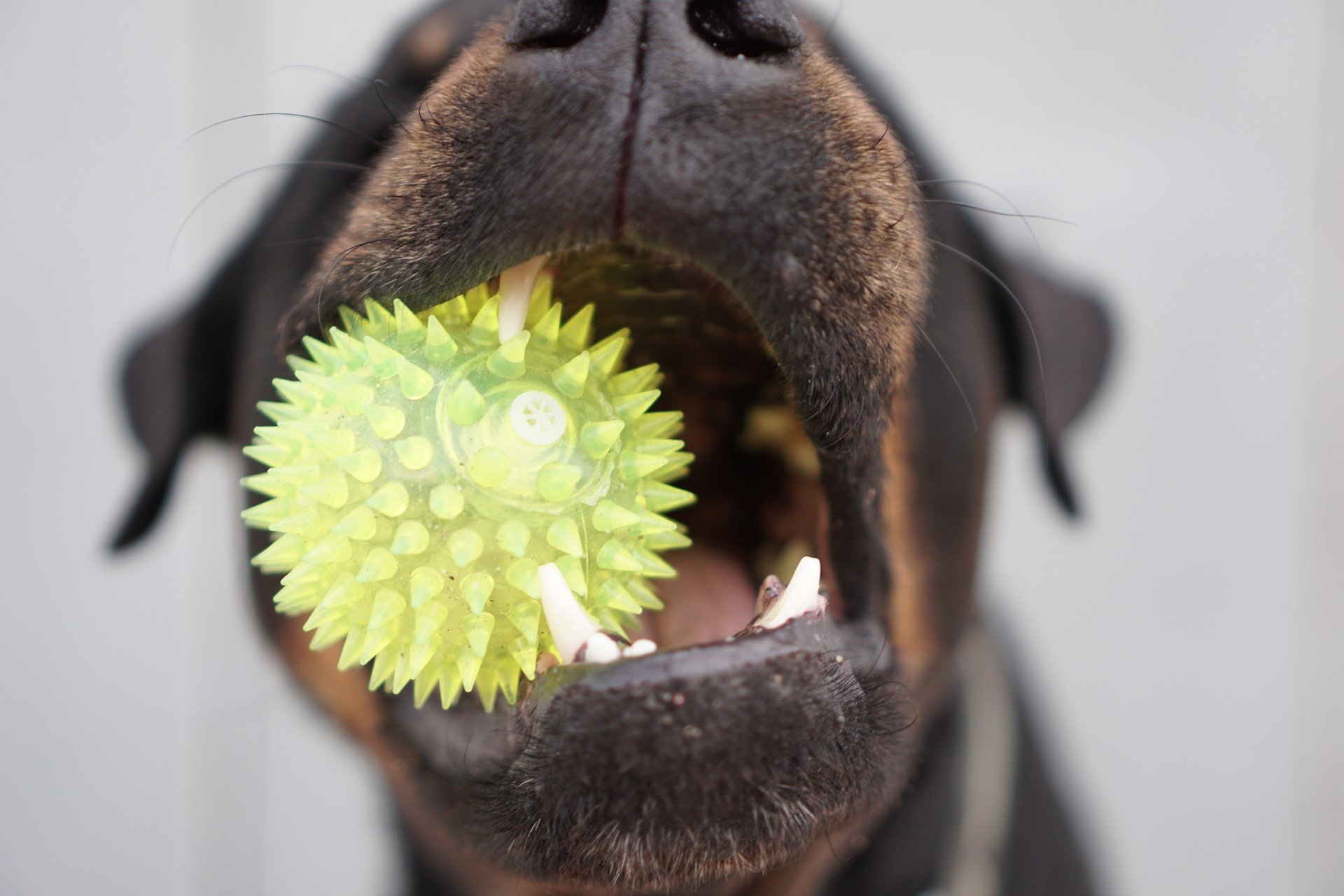 Image by TheDigitalWay from Pixabay

If you enjoyed this post, you should read Popular Dog Breeds: The French Bulldog Is On the Rise! here.

What toys does your dog enjoy destroying?