Crating 101: Best Practices for Creating a Space for Your Dog

When done properly, crating can be a very good experience for your dog. It helps keep him safe while you are at work or school and cannot supervise him, or when you travel. In the event of an accident, he is more protected than if he was left to be thrown around the vehicle – or out a window.  It helps to keep him calm and controlled.  Many dogs are lost during travel when their owners stop for fuel or to use the restroom and in the shuffle, don’t notice their pup has hopped out of the car.  A crate can also become your dog’s sanctuary, a place that’s just his, where he can relax.  Crating your dog can be a positive experience for both of you – when you do it right.

The ease with which a dog crate trains depends on the dog – and also the owner. Owners who try to force or rush the process could delay it considerably. Getting angry or frustrated isn’t helpful either. Try to approach it in a calm, patient way; it will be better for both of you.

Set up the crate with the door off or held open and see if your dog will be curious enough to check it out. If that isn’t your dog, give him some space. Carry him over near the crate or sit by it and encourage him to join you. Talk to him in a happy tone with lots of “good boys” and pets. Use some small treats to entice him to enter the crate.  Drop some near the door and inside, going further and further back until he is inside.  Let it be his idea to enter the crate. That is very important. It is the most stress-free crating method.  Don’t rush this part. He might take to the crate immediately or it may take several days.  Just be patient and stick with it.

Once your dog in entering the crate fairly easily you can feed them near it. This way, your dog will start to associate pleasant experiences with his crate. You can even feed him inside his crate which is particularly helpful if you have a dog that is reluctant to go inside.  When he is comfortably standing or sitting on the crate, close the door gently. Do it while he is eating and as soon as he is finished, open it. Each time you feed him, close the door and leave him in there a little longer. Over several sessions you should work up to 10 minutes in the crate. Go slow and don’t rush it.

“The ease with which a dog crate trains depends on the dog – and also the owner.”

Take your time to slowly increase his time in the crate, especially if he is struggling with it. Once his is comfortable and can stay for 20 minutes or so, crate him while you go outside for a few minutes. Work him into saying in his kennel while you are gone. It is a process and it can take some time, but eventually he will get used to it. If you kennel him at night, you may have a few interrupted nights, but he will get used to it, just remember three things:

Here are a few bad kenneling habits that you definitely want to avoid:

Don’t use the crate as a way to keep your dog “out of the way.” Ideally, he should spend more time with you, his family, than he does in his crate. If you are home, he should be out interacting with you – unless you kennel him at night. 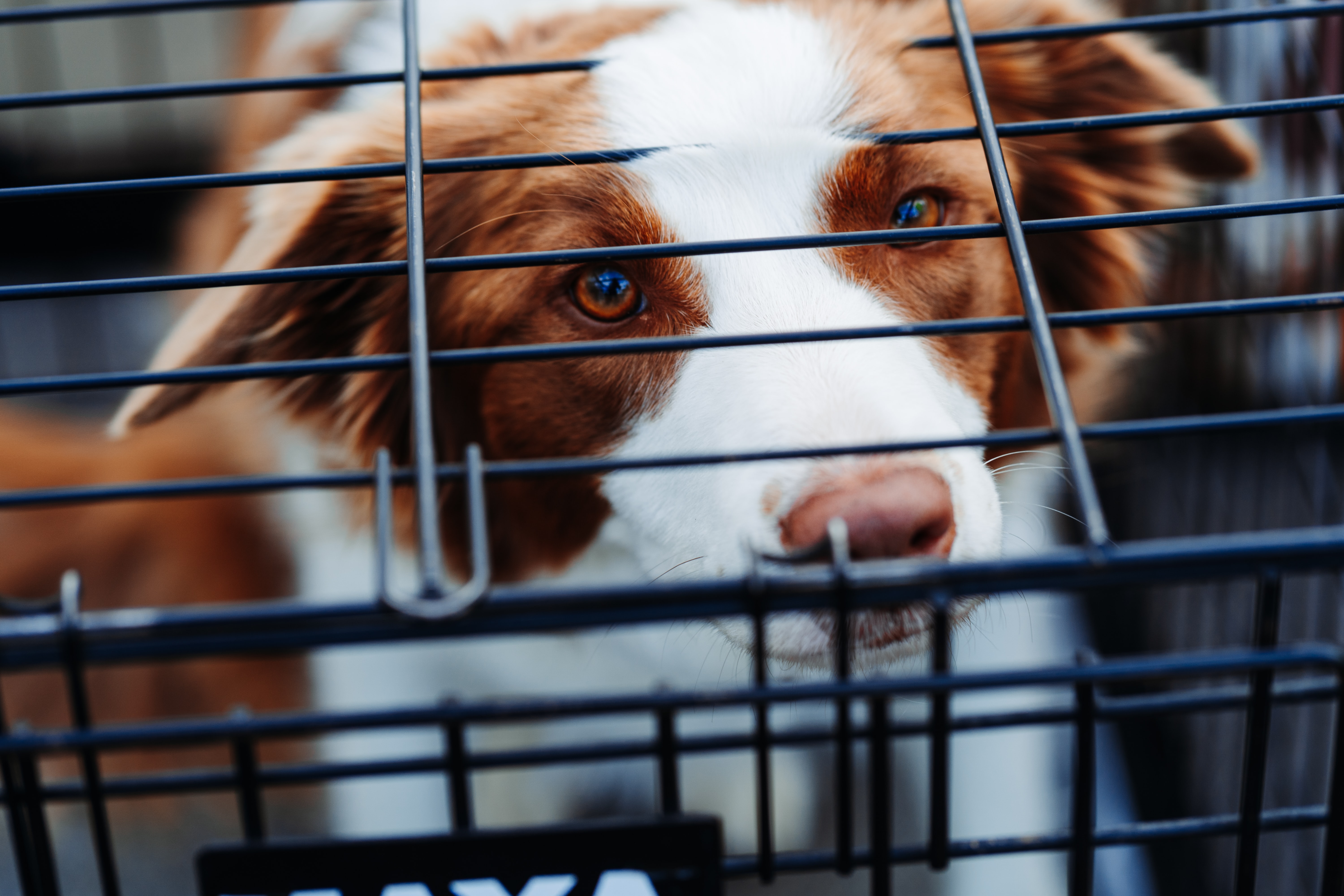 Photo by Hermes Rivera on Unsplash

If you enjoyed this post, you should read Give Your Pet an Opulent Life Even If You're Short on Time here.

Have you crate trained your four legged friend?