Major, President Biden’s German Shepherd, will make history today as he becomes the first ever shelter dog to live in the White House!

Major was born in January 2018.  He was rescued with his littermates after having been exposed to something toxic at the home of their previous owner.  The owner was unable to afford veterinary services for the puppies so they were delivered to the Deleware Humane Association, a nonprofit, no-kill, animal care and adoption center.

Ashley Biden, the President’s daughter, saw a post about the shelter’s puppies on social media.  She told her parents about the litter.  President Biden and his wife, First Lady Jill Biden, fostered Major, and then adopted him eight months later.  He joined their family as a brother to Champ.  Champ is a purebred German Shepherd, purchased in 2008 from a breeder in Pennsylvania.

Patrick Carroll, the director of the DHA has said that Major “shows the real possibilities for what could happen for all the great dogs who need homes out there.”

The Deleware Humane Association celebrated their famous alumnus earlier this month, hosting an online event they called “Major Biden’s ‘Indoguration’ Party,” which raised over $100,000.  The money collected will go toward connecting more homeless dogs with families who will love and cherish them, just as the Biden’s do Major.

“Major ‘shows the real possibilities for what could happen for all the great dogs who need homes out there.’“

Other rescue dogs have belonged to former presidents, but none first lived in a shelter.  Former President Lyndon B. Johnson’s dog Yuki, a terrier mix, was found by his daughter Luci at a Texas gas station in 1966 after his owner abandoned him.  Yuki was often seen in the Oval Office during official events.

Champ and Major mark the return of first family pets at 1600 Pennsylvania Avenue, after four years of no animals at the White House.

All Hail, the new Dogs-In-Chief! 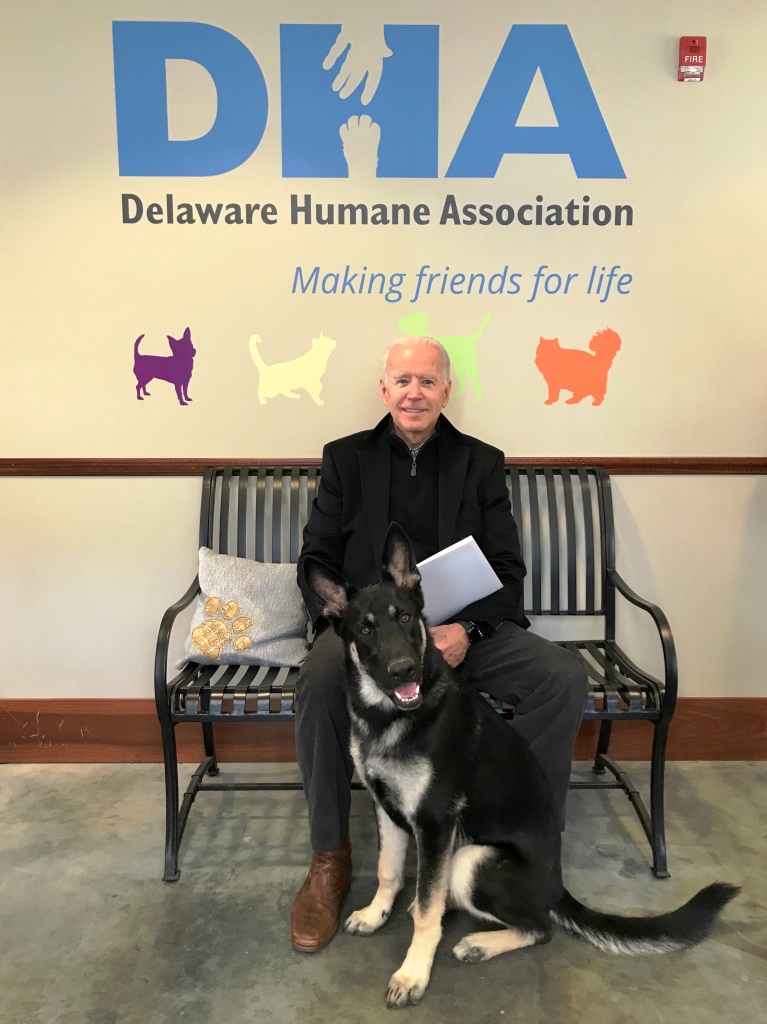 If you enjoyed this post, you should read Helpful House Training Techniques here.

Do you enjoy seeing Presidential Pets at the White House?