September 19, 2016 | We Love | Story by Marshall Weston
As I write this, there is a 2 year old, (but 2 months new-to-us) rescue Catahoula Leopard not more than three feet from me (Go ahead, look up a Catahoula Leopard and don’t feel bad, I’d never heard of one either. This dog breed that I had never heard of is the State Dog of Louisiana). My wife found him at an SPCA adoption event and fell in love with him immediately.
We were supposed to be going to the ice cream store right next door to Petco but she saw the dogs all kenneled up out front and made a B-line for them. We never did get my Oreo and chocolate shake that day.

Right now Charlie’s feet are moving to the rhythm of whatever dream he is bathed in. He’s probably chasing his beloved orange colored ball through a grassy field or more likely, hot on the tail of a rabbit or two. Three feet from Charlie is his new to him 10 year old sister, Sara Marie. She was a “found-beside-the-road-as-a-pup” rescue. Rescues seem to be our “thing”.  After a shaky start way back when, Sara has grown to a somewhat rotund 114 pounds of large and in charge Shepherd/Akita mix. I wrote a story a while back about being saved as an 8 year from the frozen Yellowstone river by my Black Lab mix, Phoenix. That scene played out 47 years ago. If Sara had been on that snowy frozen river so many years ago, I would not be here writing this little story today. Sara is all about Sara and lion-hearted devotion to her people ends at the first sign of danger, real or imagined. She would rather distance herself from such distasteful situations. Barking from inside the house would be more her style. If she saw me fall through the ice now, she would expect me to get myself out of the river while she sauntered back to the house to lie down for a nap.

To say the addition of Charlie to our family changed the dynamic just a tad would be a vast understatement (family being me, my wife, and Sara now that the kids are grown and out of the house). Sara had grown up with our Bassett Hound “Rella” (short for CinderRella) and Owen, our enormous bleach white mutt who looked to be a mix of white lab, shepherd and wolf.  Sadly, we lost Owen about five years back. He was old and liked to take long jaunts down the river canyon adjacent to our property when we lived in Idaho. We searched for three days when he didn’t come home one night. Never found a trace of him. I’ve heard that some dogs know when it is their time and I think Owen did.

“I’ve heard that some dogs know when it is their time and I think Owen did.”

Then a year ago we lost Rella to advanced age and since that sad day, Sara has been an only dog. Until 2 months ago. Not until we added Sir Charles to the mix, a 64 pound boisterous, rampaging hooligan that is always ready for a tussle, did we notice just how much Sara could change. (BTW: Sir Charles is my nickname for Charlie as sometimes he gets this vacant look on his face when he’s confused and that look, lips and cheeks all puckered up, eyes vacant and looking lost, reminds me a lot of the way England’s Prince Charles looks most of the time. That’s not meant as a slight against Prince Charles, it’s just the resemblance is uncanny.)

Due to Charlie’s incessant ball chasing, ball chewing and all around amped up energy level, Sara has found herself drawn into his swirling fur-filled tornado of constant motion. His frenetic behavior did not go over well at first. There were three outright dog brawls in our house with savage barking, bared teeth, biting, flying fur and my wife and I screaming at them to stop. That was within the first two days of Charlie coming home with us. Sara may actively stray away from a fight if she has the choice but once the fray is joined, with no exit available, she is all in. Charlie is fast, wiry and came straight from the pound so he has some street cred and ability in a fight but Sara is huge compared to him, covered in thick fur and has a terribly grumpy attitude. In each case, I had to physically yank Charlie up and out of the dust-up.  We got him on a Saturday so these fights all happened over the weekend. Monday loomed ahead, meaning both of them alone in the house with no referee while my wife and I went to work.  We really were expecting to come home to a taped off crime scene with one or less dogs still standing.

Strange thing about dogs… they just need to know who’s in charge. When we got home they were happy as could be, tails wagging, all their fur where it should be, no yellow crime scene tape in sight. The only thing we can figure is that somewhere in that Monday they were left alone, they had it out… faced off with no time outs… no rescues by the screaming referees… it was on… and Sara won big. Charlie was fine when we got home, no scars, or lost fur but his attitude toward his sister completely changed during that day.  He absolutely loves Sara now. Love, love, loves her to death, always licking her face, sitting next to her, giving her a wide berth when she thinks she deserves it. The interesting thing is this; the biggest change has actually been in Sara. She plays now, chasing Charlie when I throw the ball for him. She can’t catch him but that’s not the point, she’s actually playing and being engaged with the game. She will even sit there with Charlie, both of them on the floor, each chewing on a ball; she’s never done that before, ever.  And now, Sir Charles has picked up some of Sara’s idiosyncrasies (I.E. bad habits that we are working on). They both love to run to the front window and bark like rabid dogs at the garbage truck on Tuesday morning. Charlie has no idea what he is barking at or why but to him it’s big fun. They also have a great time harassing our pool guy that comes every Wednesday afternoon, once again barking at him from inside the house as he does his thing.  Both dogs know him and have no issue with him, he’s friendly and they like him, it’s just a hoot to bark at him when he shows up.

Never underestimate the change that a dog can bring to your life also. Charlie needs a lot of exercise, a lot. Sara never did need much, or at least that is what we thought (bad parents, I know). Now that we no longer live in Idaho, where she had free reign to roam all day without seeing a fence, we have to walk them. Sara was an easy walk before Charlie waltzed into our lives. She would go about a block or so and then want to go home. Now it’s trips to the lake on weekends to take both of them for hikes. And during the week, it’s walking both dogs around the neighborhood first thing in the morning until Sara has had enough. When she’s done we drop her off at the house and then right back out with a solo jaunt with Charlie for a miles plus walk at a much brisker pace. Like I said, Charles has changed our life also as I have never walked this much…ever. I love him so I’m not complaining…much. 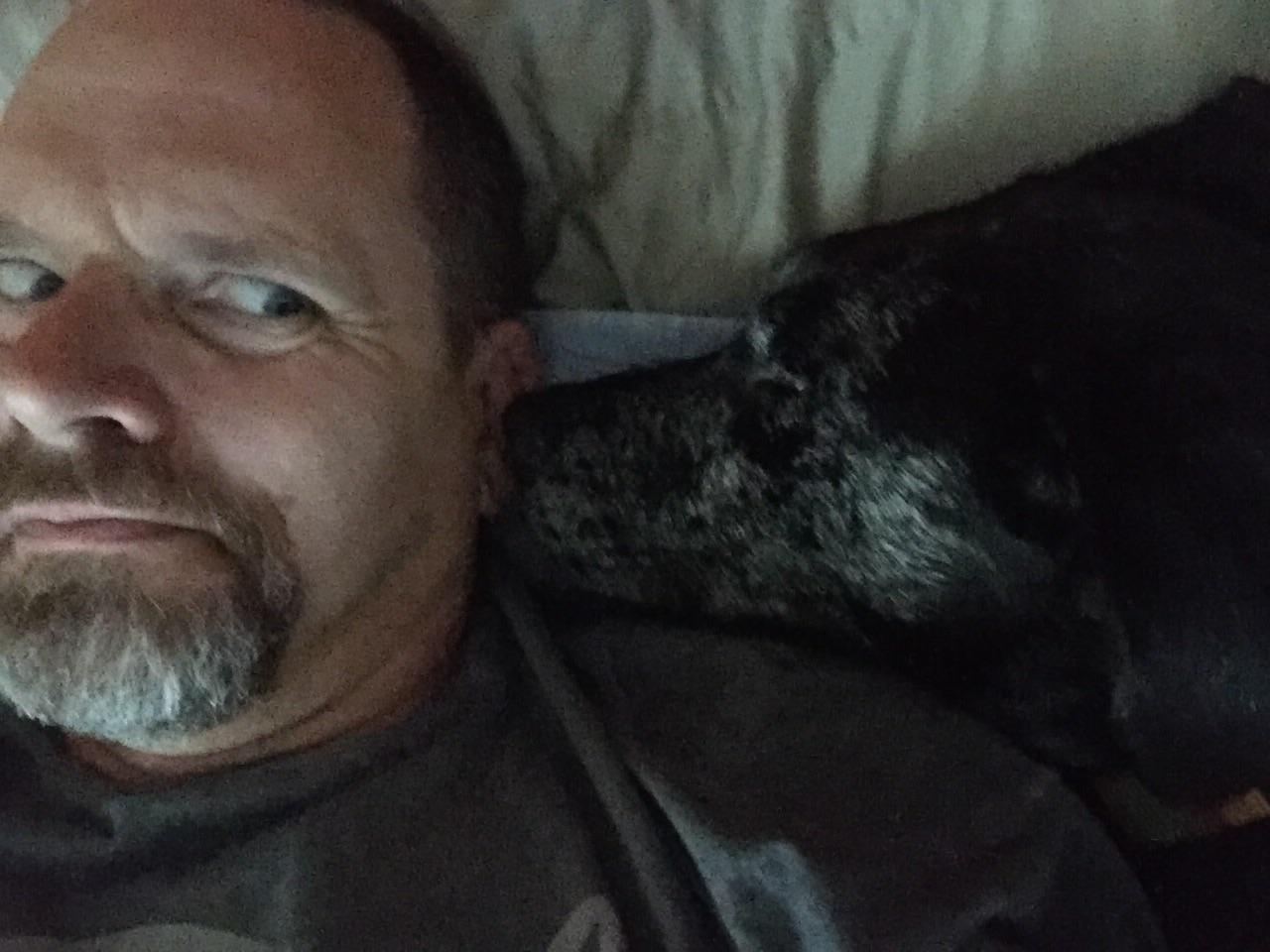