September 12, 2016 | We Learn | Tips from Siam S
The pancreas is a relatively small organ in the body, which plays a vital role in controlling blood sugar and releasing potent enzymes that digest food into smaller particles prior to absorption. These enzymes are generally stored in small vesicles (enclosures) and are only released during digestion.
Pancreatitis essentially means inflammation of the pancreas. It may occur for a number of reasons but in most cases it results in release of the potent enzymes that then start to digest the pancreatic and adjacent tissues. This leads to worsening of inflammation and the pancreatic enzymes also appear in the blood circulation. Sometimes the enzymes can damage the lining of blood vessels, which can lead to bleeding. In severe cases of pancreatitis, shock is not uncommon.

Is there any dog species prone to pancreatitis?

How does pancreatitis in dogs present?

When pancreatitis occurs, the symptoms depend on the intensity of inflammation. In most cases, the following symptoms will be present:

What causes pancreatitis in dogs?

Are there any foods that cause canine pancreatitis?

The most common causes of canine pancreatitis is diet, especially that which includes human food. Foods that are concentrated with saturated fats, including cholesterol, are frequently associated with pancreatitis.

How is the diagnosis of pancreatitis in dogs made?

Even though the vet may suspect pancreatitis based on the history and presentation, a number of tests are often required to confirm the diagnosis. These tests include:

Can pancreatitis in the dog be treated at home?

In general, it is important to have a diagnosis before you start self-treatment. Pancreatitis is a serious disorder that can rapidly turn fatal. Only the mildest cases of canine pancreatitis are treated at home. The basic treatment of pancreatitis is to stop the offending agent and rest the pancreas. This means no food for 3-7 days, only liquids.

Which dogs with pancreatitis need to be admitted?

Most dogs that develop moderate to severe pancreatitis will not be able to drink or eat. This can quickly lead to dehydration and shock. Thus, an intravenous is needed to administer fluids. Depending on the severity of pancreatitis, the dog may require admission for 3-7 days. Aside from hydration, other treatments for canine pancreatitis include the following:

What is the role of surgery?

In general, surgery is the last resort and only done in a few cases. In some dogs, there is severe damage to the pancreas associated with a florid infection. In such scenarios, the vet will explore the abdomen and remove all the necrotic tissues. Mind you, these dogs are very ill and mortality rates are also high.

Once the dog comes home, it is important to allow the pet to rest. After a bout of pancreatitis, recovery can take 7-30 days depending on its severity. The dog will usually be exhausted and tired. Do not force it to do physical activity, but provide pain medications and ample fluids to drink. The decision to start solid food requires good judgement. Remember, when you introduce food, it also stimulates the pancreas to release the potent enzymes, which can cause a flare up. The pancreas must be healed before you start the introduction of food. The dog should be alert and have no abdominal pain, fever, or vomiting. In general, after a mild bout of pancreatitis at least 2-4 days of no solid food is necessary and this period needs to be prolonged if the pancreatitis was severe. Start with liquid foods and see how the dog tolerates. Advance to solid food very slowly.

“Start with liquid foods and see how the dog tolerates. Advance to solid food very slowly.”

What type of foods should be given after a bout of canine pancreatitis?

It is important to avoid foods high in fat and protein content, as these foods stimulate the release of enzymes, which can trigger pancreatitis. Instead, today there are several types of commercial dog foods that are high in carbohydrate and low in fat content.

What is prognosis after canine pancreatitis?

The prognosis depends on the severity of the pancreatitis. After a severe bout of pancreatitis, the dog may suffer injury to many organs and may even die. However, those with mild to moderate pancreatitis can have a good outcome but the recovery is often prolonged.

How can I prevent pancreatitis in dogs?

Pancreatitis in dogs is a serious illness and all dog owners should know the symptoms. The earlier you bring the dog to the vet, the better the prognosis. 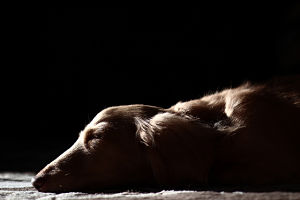