May 5, 2017 | We Care | Story by Rushabh Gandhi
My wife and I adopted Louie when he was just an adorable 8-week old puppy in April 2015.
From day one, he brought so much love and joy into our lives; definitely one of the best decisions we ever made! We quickly grew super attached to him (and vice versa), which made it really hard to be away from him when we had to travel. Not only did we want his boarding environment to be safe, but also one where he would be loved and cared for (just like at home).

So, as new dog parents, we tried a couple of different options for our Boo Boo (yup, that’s what we call him at home!).

We first found a great local daycare that also offered boarding. With close to a 5-star rating on yelp and a 6-month waiting list, we were sure this was going to be the place for us. The facility was clean, only admitted vaccinated dogs that were non-aggressive, and had 24/7 supervision, including a webcam for clients. We were very pleased with the setup. But Louie was not.

We tried to ease Louie into it, taking him for a few hours at first and starting with one day a week. We even tried boarding him for a weekend while we traveled and thought he would get used to the place. But even after two months, he would resist every time we dropped him off; he also ended up getting kennel cough. It was heartbreaking! We finally decided that doggy daycares and/or kennels weren’t for Louie.

We then used one of the popular dog boarding websites (or ‘dog-bnbs’) to find a well-rated family with dogs who could keep him company. They had a great house with a yard, two smaller dogs that were not aggressive, and they sent us regular picture updates. Unfortunately, when we picked Louie up, we realized he had contracted fleas! When we spoke to the host about it, they told us they were aware of this issue around their house. So why didn’t they mention it beforehand? If I had to guess, it was the money. We also don’t have close family in the area, so we were in a tough spot!

“We also don’t have close family in the area, so we were in a tough spot!”

Our Solution. A colleague at my wife’s company was looking for dog sitting help (they posted on an internal message board). So we offered. We set up a playdate to make sure everyone (people and dogs) got along. Then we hosted their dog for a week Louie loved the company!

Here is a video of them playing together: https://www.instagram.com/louie_havanese/

They then hosted Louie when we traveled for two weeks and Louie had a great time there. And we felt great knowing that even though he probably missed home, he had a buddy there to keep him distracted.

And so the idea for Louie’s Culb was born!

Through Louie’s Club, we have made a few great friends that we regularly exchange dog sitting with. When we travel, we feel great knowing that he is in good company and getting the same care and love that we give him at home. And because we have this network, we almost always are able to rely on one of them when we need.

We know that many of you are in the same position that we used to be in and want to help you find the best care for your pup when you need to be away. With Louie’s Club, we hope to build a community where our members can leave their dogs stress-free, help others, and make lasting people and doggy friends in the process! 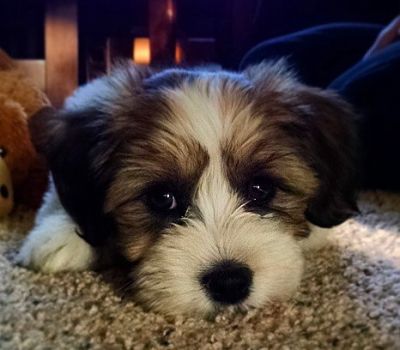 If you enjoyed this post, you should read “2 Most Important Food Tips For A Healthy Dog ” here.

Have you ever tried a dog sharing service? Louie’s Club is a sponsor for our Meetup (we have monthly dog walks around the Bay Area), and they’ve been a great partner for Barkswell. Find them on the web here, via Instagram at @louiesclub, and on Facebook. Check them out and leave a comment below!