Health And My Dogs: A Personal Story

March 24, 2017 | We Love | Story by Zoraida Pastor
Many years ago when Lukas was still alive, I dealt with so many pet emergencies; I swear I wished my car had a siren. He was, after all, a delicate little shih-tzu.
One particular day Lukas was out for a walk and perhaps he swallowed something on the ground, or he picked up a pet virus. He came home gravely ill. I was still in bed, sleeping.

Lukas began barking adamantly that he wanted to go outside; indicating that he was having an unprecedented emergency. As I was getting out of bed to grab his leash, he starts to have a bathroom accident. That accident leads to many.

He went to the other bedroom, and hid in a corner. He had gone limp, his pink tongue turned white. He was having considerable trouble breathing. Unsure of what to do, I knock on my neighbor’s door. She had a dog and contacts to local vets.

Frantically, I asked her “What’s wrong with him?” My neighbor responded, “He’s dying.” Flabbergasted, I put him in his crate and drove him to the vet she suggested.

“Flabbergasted, I put him in his crate and drove him to the vet she suggested.”

I arrived at the vet’s office and they took him in immediately. I relayed the symptoms to the vet. They asked a series of follow-up questions. They were unsure of what was wrong.

Hours later, they had stabilized him. They placed Lukas on an IV with fluids and gave him medication to help him with his excessive vomiting. They kept him overnight for observation. The next day he was looking better but he stayed in the hospital for a week. It was a virus of the canine variety that mostly attacks his breed.

Now my current pet is epileptic. I remember her first seizure. She was unable to balance herself; she was wobbling around the house. Her legs stiffened in front of her.

Again, I rushed her to the vet. I told the vet what happened. She said it could be a one-time occurrence. The best she could tell me to do is to monitor if she has many seizures she would need anti-seizure medication.

Thankfully, she doesn’t get them very often and we are able to comfort her should it happen again. The seizure medication comes with too many negative side effects like kidney damage.

As pet owners it’s very hard when our dogs are sick. They are our babies who cannot tell us what they are feeling. We have to guess what is wrong. We do what we must for family. 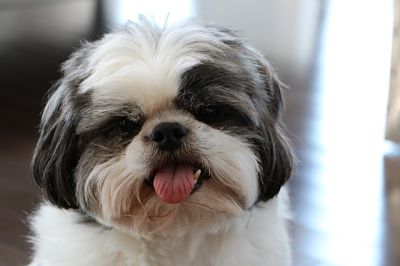 If you enjoyed this post, you should read “What Does Your Dog Really Think Of You” here.