September 17, 2015 | We Love
As the fostering saga continued this last week, we made the fateful decision to adopt half of the fostered duo. This post is delayed because our decision was an epic one-some tears, some back and forth where pros became cons and cons became pros, some sleeplessness, and at long last little Hazelnut is part of the Barnaby/Wesley/Cooper Clan.
We decided to officially adopt because my fiance has always wanted a puppy of his very own, something I knew before fostering, but not quite to what depths. He loves this little girl to pieces.

We decided not to adopt both because somehow four dogs seemed one too many in a house already teeming with animals and humans: (W)rigley* went back to the shelter last night for adoption appointments, thankfully for us joining his two other siblings who were going through the same process (It made handing him off a little easier knowing he wasn’t alone).

“It amazes me how resilient animals are-how full of love.”

The other two pups-black and fuzzy and very chihuahua-y were half the size of our two, even all at seven weeks. Ours were growing like weeds! He settled right in and will be adopted today into a good home, but man, did my heart tear in two. How do you know when you are making a selfish decision to let something go, or a selfish decision to not let something go? We could have easily have kept both-they would have kept each other company in play and in sleep. And they love each other dearly. Oh dear. But Hazel, she’s a nut, a little attitud-ee, a little bit of a princess. But she is part of the family now. Barn laid with her this morning, shared his tug toy. It was really beautiful.

It amazes me how resilient animals are-how full of love. I was worried that by taking in Wrigley, the one I was more attached to, Barn might think I loved him less…but Barn is incredible and his love knows no boundaries-he needed time to adjust but I think it would have been alright for him and maybe it was just me that didn’t have enough love to go around. Or I had enough to know he needed a home of his own. I am clearly still on the fence but I do know, waking up this morning to take Hazel outside to go potty, that we did the right thing. Our family grew today. And apparently, in the rescue world, that is called a Foster Fail. We failed, we said goodbye to one and hello to another, and that is quite alright with me.

*Wrigley has been written both with an R and a W by shelter staff.

P.S. If you are interested in fostering (for a fail or for real) or interested in outright adoption, visit norcalfamilydogrescue.org 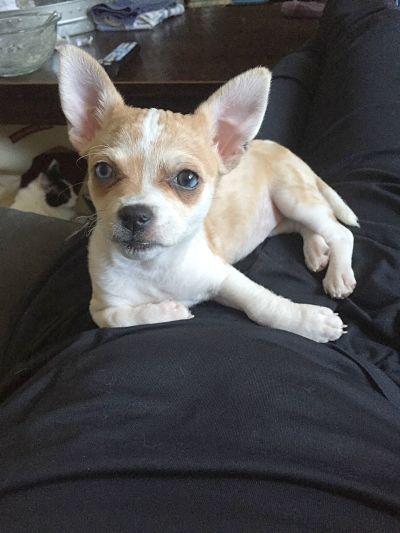