A Loving (And Naughty!) Dog – A Personal Story

January 16, 2017 | We Love | Story by Evan Mbogai
Apart from annoying, Ricky is very lovable. Well he’s annoying because he has been happily destroying all the locks in the house for the past four years. It’s even a shock why we haven’t been robbed yet. Apart from that, the young lad can be terribly obnoxious when put on leash. When we visited our small town I was impressed at the number of dogs owned by the natives in my hometown. They are just as many dogs living there as the people on the streets. The coexistence was so impressive; the dogs were just as friendly to each other as their owners were. There must be a secret universal code among the dogs, genetically running in their brains that coordinate how they respond to each other.
During our visits it was obvious that Ricky was fascinated by the dogs that were running all around, in fact he had a special liking to the smaller dogs. He would run to them as soon as he spots them. Then smell them like some secret agent gathering critical data, then start wagging his tail in sheer delight. The scenario was a bit different with the larger dogs, his data receptor seemed to have been transmitting not so positive data. He would be a bit aggressive when dealing with the larger dogs. I know I am partially to be blamed for not properly training Ricky on leash.

Ricky tends to have the leash aggression problem . This is a situation in which a well behaved dog that is normally friendly when put on leash transforms from being calm to being aggressive and wild (think cujo-ish) within a blink of an eye. The dogs start to lung, snarl, bark and bluffs. On extreme cases leash aggression could be characterized with a bite from the dog. The situation can be annoying and dangerous apart from the fact that it is really embarrassing. But then who doesn’t have a sense of leash-aggression? I, once in a while, get aggressive also, especially if you come from a crowded city like New York. Just dealing with the many masses of people that fill the streets of New York City is more than enough reason to make you want to just bite someone. I can definitely relate to Ricky’s situation.

“I can definitely relate to Ricky’s situation.”

Another funny and surprisingly annoying trait Ricky got from his new friends was the habit of stealing bagels. This would happen when you least expect it. He will suddenly sneak and clip the bagel right out of your hand then shoots faster than Mr. Flash away from you. It gets funnier when the bagel has toppings of cream cheese. He has a special likening for tasty cream cheese. This situation has left me always apologizing to people; luckily most people who have experienced Ricky’s bagel naughtiness have found the incident funny and interesting. Most never get offended. Yeah, it’s very embarrassing being one of those disgraced and disgraceful dog owners.

But all in all, Ricky can be unorthodox, or even annoyingly obnoxious, but to me and my family he means the world. Always the lovable one. 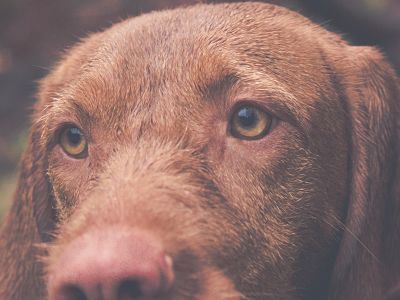 If you enjoyed this post, you should read “2 Tips For The Best Dog Hygiene” here.

We would love to have your share your personal story as a comment  below or by submitting through our home page.